ENVIRONMENTAL BIOTECHNOLOGIES, WHAT IS THEIR FUNCTION AND HOW THEY WORK

In current language the term biotechnologies is referred to a set of technologies that are developed for a wide range of applications, depending on the specific field. Biotechnologies were used for the first time many centuries ago to facilitate the fermentation of wine and beer, or to enhance leavening. Thanks to them it is possible to incorporate genes from different species into plants, for instance to optimise natural selection and to increase performance and resistance to disease.

The applications of biotechnologies also cover the field of bioremediation, which refers to the treatment, recycling and recovery of waste through active microorganisms. However, they are also applied to medicine and therapy. Furthermore, those who operate in the field of genetic engineering deal with genetically modified organisms that are able to create the insulin synthesis and antibiotics.

The main tool used by biotechnology is indeed genetic engineering, through the manipulation of remodelled DNA that is used to create entirely new organisms. Genetic engineering also allows to make prenatal diagnoses on embryos and to reveal any genetic diseases.

The productive experimentation of biotechnology also concerns the production of consumer goods, such as agricultural products with a low environmental impact. For example, the use of chemical and biological technologies is important for insect control purposes. The tested substances have different chemical formulas that are only effective on individual species.

Biotechnologies also bring a considerable degree of innovation in the agricultural sector. For instance, they are used to increase food productivity through further improvements in performance, to lower costs and to develop new products to meet the demanding consumers’ requests. Another example of the applications of the biotechnologies may be the new seeds and new pesticides that are produced for veterinary diagnostics and therapies, but also the food additives and groceries with higher nutritional value.

The processing of certain varieties of corn, cotton and tomato serves precisely to introduce into their genetic heritage those genes deriving from bacteria, which regulate the synthesis of numerous toxins, to prevent them from being attacked by insects. In this way, plants are able to defend themselves, so that the lethal effects of these toxins are limited.

The use of biotechnologies implies both advantages and disadvantages, especially regarding nature protection, due to the release of genetically modified organisms into the environment.

Indeed, the GMOs behave in the same way as the other living organisms, as they reproduce and modify themselves. Not only the organisms, but also the genetic modifications can affect the health of other living creatures and jeopardise biodiversity. As a result, it is possible to achieve a lower production of waste products, a simplification of the industrial cycles and a reduction in the use of fertilisers.

Considerable efforts have been made in the past to allow the production of ammonia using microorganisms, in order to find bacteria that can provide nitrogen fertilisers to those plant species that do not belong to the category of the leguminous plants. Enzyme-based chemical production technologies can have many applications thanks to the progress made in DNA manipulation. Indeed, this allows to obtain any enzyme on a large scale and at low cost. Enzyme biochemistry based on molecular genetics is able to design enzymes that address targeted properties, based on a set of specific requirements.

The costs of environmental technologies

Although these technologies are appealing because of the opportunities they offer, their costs and those of their products are still high. Moreover, the improvements that can be made in the applications of a new technology are strictly dependent on the scientific disciplines that lie behind the biotechnologies. However, despite the costs needed to develop software for environmental technologies, the strength of these technologies continues to be their low environmental impact.

THE FUTURE OF BIOTECHNOLOGIES

The growing sector related to the environmental biotechnologies will offer many development opportunities, both in Italy and in Europe, especially for researchers and professionals. For each Euro that is invested in research and development in the bioeconomy, the return on added value will be €10 by 2025. In terms of recruitment, 1.7 million people are currently employed in this industry, while the bioeconomy itself is worth €2.2 trillion, with a total of 19 million jobs. The numbers are set to grow precisely because the European Union has placed the bioeconomy at the heart of its sustainable growth model.

So far, environmental biotechnologies have been used mainly to rehabilitate polluted sites. However, nowadays they are also used to transform waste into new resources, to facilitate the transition from a linear to a circular economy. As a matter of fact, the products that are currently used in the field of consumer electronics have a short life cycle, and their recycling rate only reaches the 10%. Thanks to those technologies that are still in the R&D stage, the bioeconomy will be able to replace fossil fuels and to limit the impact on the environment and on the climate change. A clear example of this is the transformation of paper waste and innovations in the agri-food sector.

The first academic degrees in biotechnology were introduced in Italy in 1994, and are currently offered by 79 Italian universities. However, many of these courses solely focus on theory and tend to neglect laboratory practice; contextually, they are generally not conceived to create the necessary bond with the business world.

THE BIOTECH INDUSTRY AND THE RED, GREEN AND WHITE BIOTECHNOLOGIES

As it was mentioned above, biotechnologies can be applied in many different contexts, thanks to the multitude of cells and enzymes types they can exploit. The scope of this analysis will now focus on the specific fields that can be covered by biotechnologies.

Red biotechnologies are linked to medicine and therefore serve to improve human health. For instance, they can help to reconstruct parts of human tissue or damaged organs, or to design an absorbable drug for the body. The design of a new drug takes into account the necessary chemical-physical requirements, also preventing the organism from being attacked and degraded.

Red biotechnologies are also related to gene therapies, as they assist in the introduction of a gene into the patient’s cells, to facilitate the cure of the disease and to produce vaccines and anti-tumours drugs. Similarly, cancer diagnoses can also be simplified by the so-called monoclonal antibodies.

Green biotechnologies encompass those applications that are related to agriculture, such as the synthesis of biofertilisers and biopesticides having low environmental impact. Plants lend themselves particularly well to genetic manipulation as they have considerable variability and versatility. The application of biotechnology to crops can lead to longer storage times and to a higher productivity and pest resistance. In addition, it is possible to promote the hybridisation of plants with special characteristics.

White biotechnologies are industrial biotechnologies that use biological assets to produce a commercial product and require mild operating conditions, allowing savings in terms of investment, infrastructure and hazardous waste.

Environmental biotechnologies aim to become key to the circular economy by turning waste into new raw material for industrial use. These technologies are increasingly linked to industry and represent the answer to climate change challenges. Focusing on the bioeconomy is useful because of the need to ensure the production of plastics that today are only derived from oil, without jeopardising food security. The problem of waste and the need to transform it into resources is still unresolved.

In Italy there are more than 30 biorefineries producing bioethanol, biodiesel, oleochemical and wood-based products using products such as cellulose, bio-based chemicals, biofuels, biodegradable electricity and heat.

The future goal will be the development of new technologies allowing the use of cellulose and lignin as raw materials, with the aim of using atmospheric CO2 directly to produce the compounds needed by the humans.

Looking for a partner for a sustainability project? Get in touch with IPPO-Engineering! Our team get back to you in a short time. 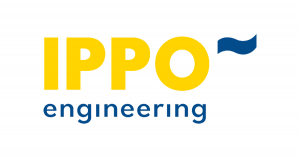